7 Steps to Writing Your Book and Getting it Published

My role as Your Book Angel

…is to take authors under my wing and offer support as you navigate the challenging path of book writing, publishing, and marketing. Essentially, I (or one of the Editor Angels on my team) infuse your book project with Love and Light, polishing sentences until they shine, and advising how your manuscript can be improved. I also offer publishing solutions, marketing packages, and coaching and consulting services.

One of the main services I now offer is ghostwriting your book. I ghostwrite both fiction and non-fiction. Non-fiction books include Memoirs, Autobiographies, Inspirational / Motivational, Business, Self-Help, and Entrepreneurism. 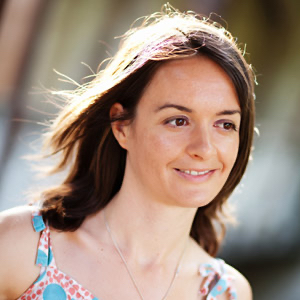 Here are just some of the services we offer to bring your book to Light:

If any of these services resonate with you, or you would like to learn how to write, publish and market your book so that it sells thousands of copies, leave your name and email address below. I love to share amazing, value-packed content to writers and authors. As a starter, you’ll receive my free ebook, 7 Steps to Write and Publish Your Book.

About Your Book Angel

At the age of 30, after experiencing a nine-month period of depression, one day, I surrendered into the hands of God and asked Him for a sign. The very next day I received a clue, which led me along a pathway of amazing discoveries and revelations, and I was divinely guided to put together the first Light book in the series of three – The Light: A Book of Wisdom.

Since that experience, which has since led to further transformative occurrences, including out-of-body experiences and the like, my life has flourished exponentially. I now live in a magical bubble of Love, Light, and miracles.

So why do I now own and run a business called Your Book Angel? Well, it all started when I was a little girl. At the age of three, I started writing stories, which I formed into mini books. Even back then, I would make a cover and write an ISBN and barcode on the back. Through school I excelled in English Language, and in my exams, I achieved an A* falling in the top 5 percent of the country.

After school, I attended Journalism College and became a reporter on a local newspaper, before realizing my true ability was writing for magazines. I landed a job at a PR agency in London, writing and editing publications for large corporate clients, such as Dixons Group, Visa, Safeway, and Powergen.

Seven years later, tired of the daily commute into London, I moved to the Costa del Sol, Spain, seeking warmer weather and a more relaxed way of life. There, an opportunity arose to re-launch a popular English language expat magazine, called The Sentinella. The pagination tripled within two years, and I franchised the title into eight neighboring regions of Spain. I have since sold this business.

During this time, I wrote my first book, Sol Searching: A True-Life Story of a Modern Girl’s Move to the Costa del Sol, which was published by Summertime Publishing. Discovering I had a true talent and a fiery passion for book writing, I stopped running The Sentinella and shortly after, I started my book editing and publishing business.

My first published book in the self-help genre is called The Light: A Book of Wisdom with contributions by bestselling authors including Neale Donald Walsch, Don Miguel Ruiz, and more. It has been now translated into eight languages after the publishing rights were sold into countries including Russia, Spain, China, Slovenia, Czech Republic, and Greece. My next book in The Light series – The Light: A Book of Knowing – contains teachings from luminaries such as His Holiness the Dalai Lama, Pujya Swamiji, Dada Vaswani, Bruce Lipton, Jeff Foster, and Anita Moorjani. The third and final part in the series is called The Light: A Book of Truth, and it will launch in 2018.

Nothing else on this planet (apart from my son, Ty) brings me greater joy than helping authors get their books polished and published. I look forward to shining Love and Light onto your book, and helping you achieve your biggest dream… 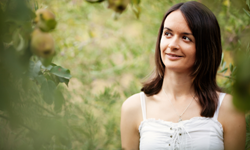 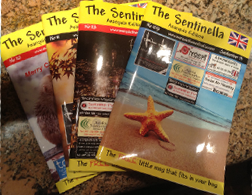 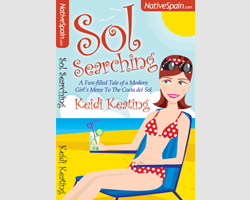 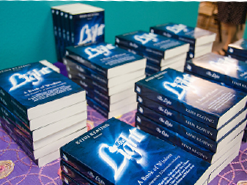 If you would like to find out my tips for writing a best selling book and getting it published then sign up here!